‘Sometimes the role model you need is not an example to aspire to, but someone who reflects back the parts of yourself that society deems fit.’
Becca Inglis 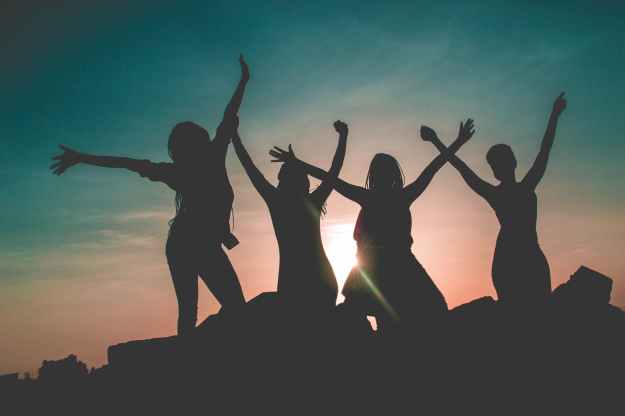 Nasty Women, published by 404 ink, is a collection of essays about what it is, and how it feels to be a woman in the 21st century. When I first picked up the book, I assumed, like I think most readers would, that it would be an easy book to just pick up and put down whenever I had a spare ten minutes. Wrong, I was sucked into this book right from the beginning, and read it all in a day. That doesn’t mean it was an easy read, or perhaps easy is the wrong word – it isn’t a comfortable read – and it isn’t meant to be. Nasty women is hard-hitting, eye-opening, and unashamedly honest.

The book opens with ‘Independence Day’ by Katie Muriel.  A story of mixed race and identity in Trump’s America, Muriel discusses her experience of inter-family racism, heightened by political differences, ‘This is not the first, nor is it the last family divide Trump will leave in his wake, but I refuse to think of him as some deity who stands around shifting pieces on a board in his golden war room.’ The anger in this piece is clear, but it is the rationalism and clarity of the writer that speaks volumes. Race, racism and xenophobia, is a prominent feature in these stories. Claire L. Heuchan, for example, talks about ‘Othering’ a term that readers will see repeatedly in this book, ‘Scotland,’ she writes, ‘is a fairly isolating place to be a black woman.’

Survival is a key trope in Nasty Women. Mel Reeve, in ‘The Nastiness of Survival,’ talks about being a survivor of rape and emotional abuse, ‘I do not fit the ‘right’ definition of someone who has been raped.’ This statement alone is filled with irony.

I was particularly drawn to Laura Waddell’s essay, ‘Against Stereotypes: Working Class Girls and Working Class Art.’ Laura talks about the difficulty of both gender and class inequality, and, in particular, the lack of working class writers and working class fiction being published, ‘I have read a lot of fiction’ she says, ‘I have read almost none from housing estates such as the one I grew up on. These stories are missing, from shelves, and from the record.’ As a Scottish fiction writer from a working-class background myself, these words resonate deeply.

Alice Tarbuck’s ‘Foraging and Feminism: Hedge-Witchcraft in the 21st Century’, is almost fun to read in a deeply devastating way. There is a desperate tone in this piece, and a desperate need to escape society. ‘There is beauty and bounty around us if we look for it, and perhaps that is all the magic we need. Or perhaps, what we need is real magic, whether that comes in the form of resistance and community or the form of blackthorn charms and skullcap tinctures, and howling to the moon.

I loved this book. This book gives women a voice. And it is loud! Well done 404 Ink, and all the contributors, for bravely breaking the silence.